Locally-Made Movie ‘Mad Ship’ to Premiere at the Globe 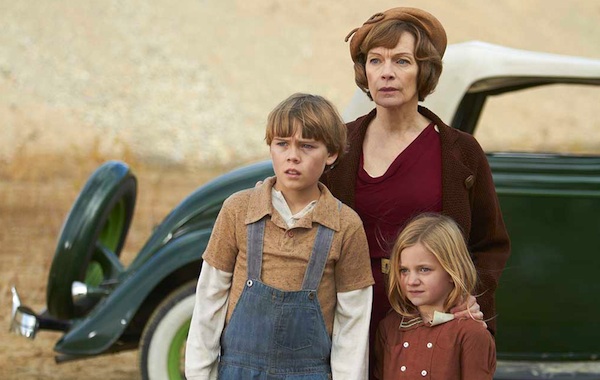 A made-in-Winnipeg movie will hit the big screen tonight at the Globe Cinema.

“Mad Ship” will have its theatrical premiere beginning at 7 p.m. and will open in theatres nationwide in February.

A special Q&A with director David Mortin and some of the local cast will follow the screening.

Winnipeg actress Lane Styles is only seven-years-old and makes her feature film debut in the flick. Styles has also landed a small role in Samuel L. Jackson’s new movie, currently being shot in the city.

Inspired by a true story. Tomas Sorensen is a man of great passion, optimism and ideals. A Norwegian immigrant to Western Canada in the 1920’s, he dreams of establishing a family wheat dynasty. But the perfect storm of prairie drought and the economic crash of 1929 delivers his family to the precipice of ruin. When his beautiful wife, Solveig dies, he vows to return her body to her homeland, embarking on a Quixotic mission to build a ship and sail out of the prairie dust bowl. He is pulled back from the brink of madness by the unconditional love of his young children.

← Previous: BIZ Contest to Give Someone a 'Hand' Tending to Fireplace Next: Walmart to Open Several Manitoba Stores 24/7 as Christmas Nears →
Tags: Movie