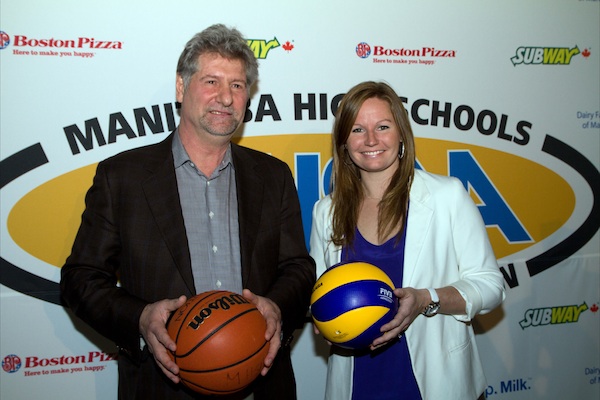 The Manitoba High Schools Athletic Association named its male and female high school athletes of the half-century on Friday.

During a news conference at the Manitoba Sports Hall of Fame at Sport Manitoba, volleyball player Tammy Mahon of Treherne Collegiate and basketball player Rick Watts of Dakota Collegiate in Winnipeg were given the distinct honours.

The MHSAA compiled a shortlist of four males and four females and submitted their nominations to members of the media for voting.