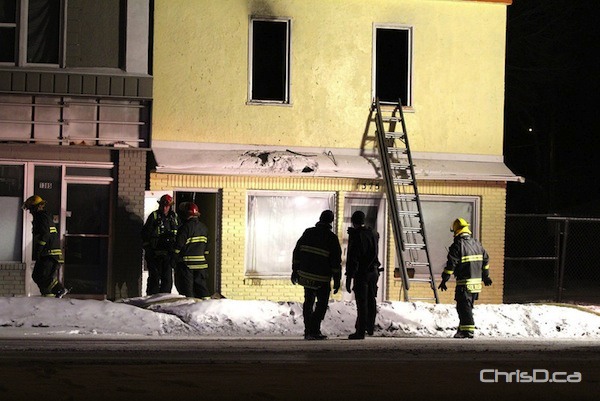 The fire broke out in the vacant building at about 3:45 a.m., according to Winnipeg police.

No one was inside at the time and the flames were quickly contained by firefighters.

The investigation into the cause is ongoing by the arson unit.