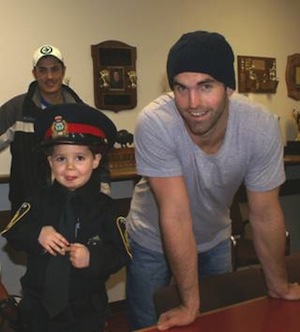 Winnipeg Jets captain Andrew Ladd will serve as the honourary spokesperson for The Dream Factory, the organization has announced.

It’s the second time Ladd is teaming up with the Manitoba charity after helping to organize their successful Goals for Dreams Hockey Challenge on November 17. With the help of Ladd’s support, the event raised $80,000 for both the Children’s Hospital Foundation and The Dream Factory.

“After having the opportunity to be involved with them during our recent charity hockey game it was clear to me this was a cause I wanted to be involved in,” Ladd said in a statement. “I look forward to helping sick children realize their dreams.”