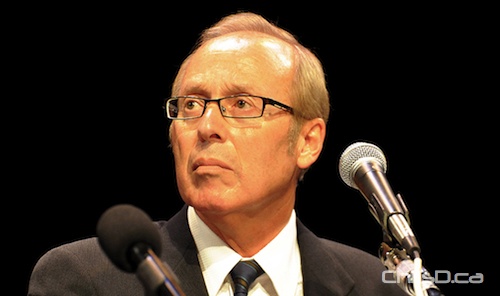 Winnipeg Mayor Sam Katz is facing a second lawsuit to his name, and this time with companies he has aligned himself with.

The lawsuit alleges the hospitality company had its contract to provide food and beverage services to Canwest Park (now Shaw Park) terminated in December 2006. WOW! alleges the defendants still owe an outstanding debt under the terms of the agreement. The amount they’re seeking to recover wasn’t specified in the statement of claim.

The allegations haven’t been proven in court and a statement of defence hasn’t been filed.

Katz is also currently being sued by Winnipeg restauranteur Joe Chan, who says the mayor broke Manitoba’s Municipal Council Conflict of Interest Act when he held a staff Christmas party in 2010 at Hu’s Asian Bistro. At the time, Katz owned the Ellice Avenue establishment. Katz denies a media report that his lawyer offered Chan an out-of-court settlement to dismiss the lawsuit. The two will appear in court in March.