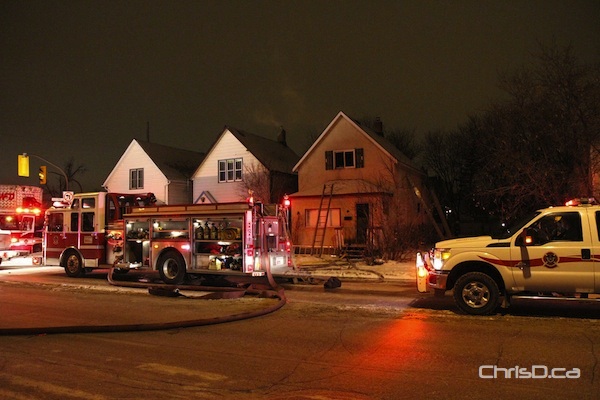 The arson strike force is investigating following a fire in the 1300 block of Arlington Street early Tuesday morning.

The blaze broke out at about 2 a.m. in the vacant two-storey home.

Smoke could be seen billowing out from a second floor window and from the front door.

Damage is estimated at $185,000. The cause remains under investigation.

← Previous: Selinger to Deliver State of the Province Address Next: Parking Tickets Forgiven in Exchange for Toy Donation →
Tags: Fire