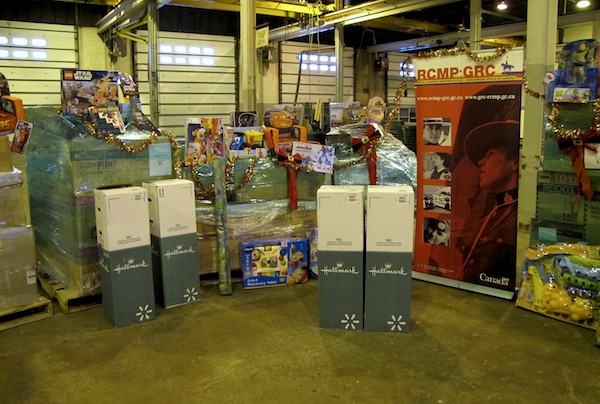 RCMP will distribute more than 5,000 toys to northern Manitoba communities as part of the Toys for the North project. (RCMP HANDOUT)

RCMP “D” Division will be distributing toys to children in Manitoba’s north for the third year in a row.

More than 5,000 toys have been collected through the Toys for the North project. The toys were collected from the annual Toronto Santa Claus Parade.

RCMP have also partnered with the Canadian Toy Association for the initiative, in which manufacturers also contribute items.

The toys were shipped to Winnipeg for distribution from Toronto courtesy of the Royal Canadian Air Force, 2 Air Movements Squadron. The toys will now be distributed by RCMP detachments throughout Manitoba.