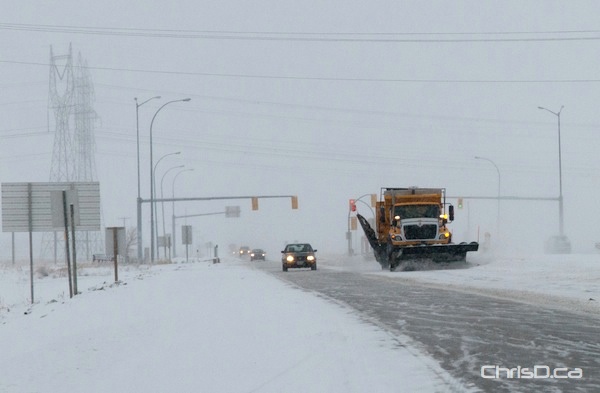 The City of Winnipeg has started to plow main routes, bus routes and collector streets after about seven centimetres of recent snowfall.

A parking ban will go into effect at midnight tonight to assist crews in completing plowing in a timely manner. The ban prohibits parking on any Snow Route between the hours of midnight and 7 a.m. Vehicles parked in violation of the ban will receive a $100 ticket ($50 if paid early), and may be towed.

“As we will have hundreds of pieces of equipment working to clear streets as quickly as possible over the next few days, we want to remind motorists to use extra caution when driving near plows and sanding trucks,” said Ken Boyd, the city’s manager of streets maintenance.

Approximately 300 pieces of equipment will be used.