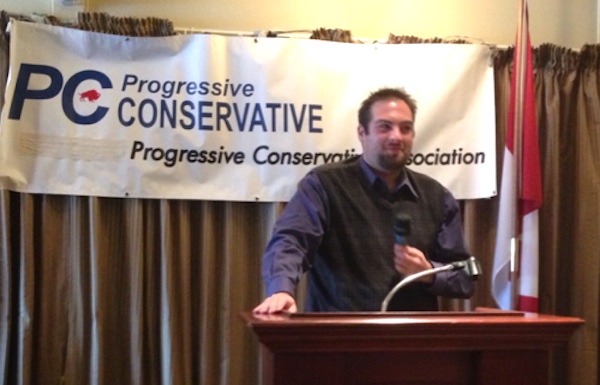 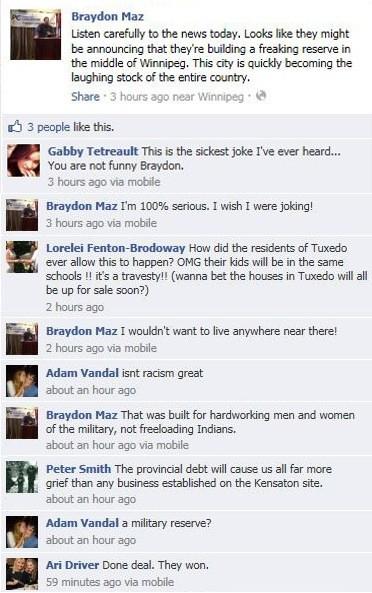 Manitoba’s Progressive Conservative party says its youth president has resigned following racist comments he made on social media on Friday.

Braydon Mazurkiewich expressed disappointment on his Facebook page in regards to the Kapyong Barracks land deal that would see the former military base turned into an urban reserve.

“I wouldn’t want to live anywhere near there!,” Mazurkiewich wrote of the southwest Winnipeg property.

The 24-year-old went on to say the space was “built for hardworking men and women of the military, not freeloading Indians.”

The party condemned the comments and asked for Mazurkiewich’s resignation.

“As PC Manitoba Party President I have asked Brayden Mazurkiewich for his resignation and received it,” party president Ryan Matthews said in a statement late this afternoon.

Matthews called the comments “conduct detrimental to our party.”

Mazurkiewich had served as the party’s youth president since February 2012.