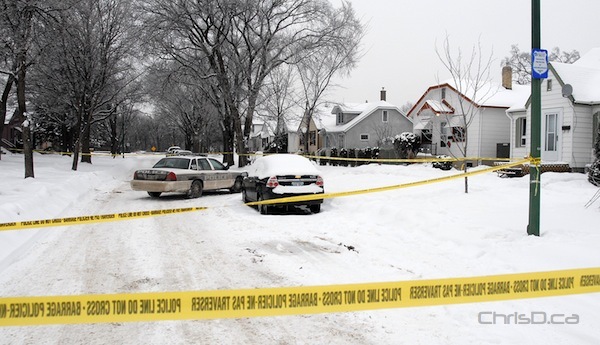 Winnipeg police sit outside a home on Saturday, December 15, 2012 in the 500 block of St. Catherine Street where a man was assaulted and later died. (STAN MILOSEVIC / CHRISD.CA) 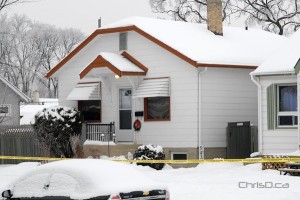 A 49-year-old man is the city’s 29th homicide victim of 2012 after an assault on Friday night in St. Boniface.

Winnipeg police say the incident happened in the 500 block of St. Catherine Street at about 9:45 p.m.

The victim was taken to hospital where he later succumbed to his injuries.

UPDATE: Monday, December 17 — The victim has been identified as Orland Joseph Adams of Winnipeg. No arrests have been made.