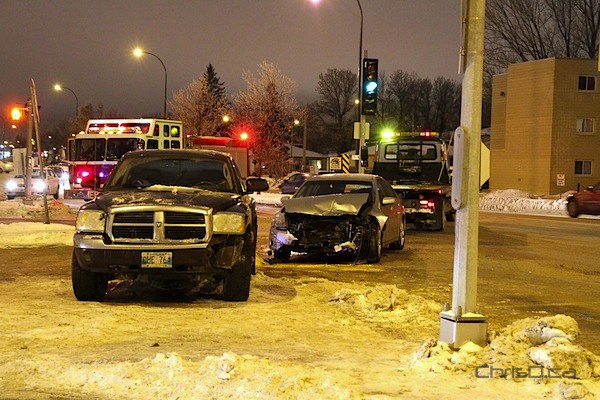 Two vehicles sit damaged after a crash at the corner of Panet Road and Reenders Drive on Sunday, December 16, 2012. (HOWARD WONG / FOR CHRISD.CA)

Two people were sent to hospital Sunday night in unknown condition after a two-vehicle crash in Transcona.

The collision happened at the intersection of Panet Road and Reenders Drive at about 5:30 p.m.

A four-door sedan suffered most of the damage to its front end. A pickup truck on scene also had visible damage.

No word on what led to the crash.