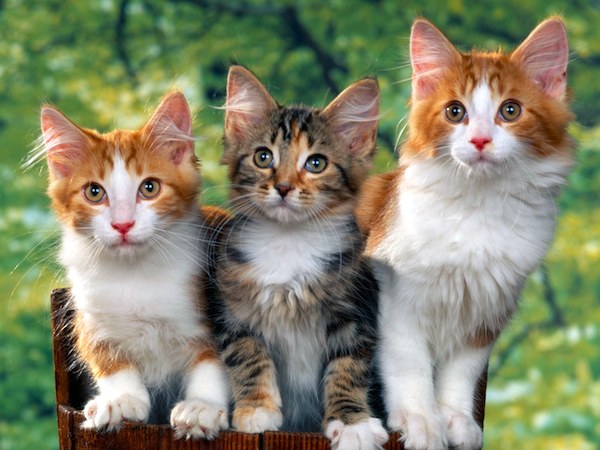 Animal shelters are bursting at the seams with cats across the country, according to a new report released this week.

The Canadian Federation of Humane Societies (CFHS) released the report on Tuesday, highlighting the crisis of the cat overpopulation in Canada.

The report finds the animal sheltering system is at, or dangerously over, capacity to care for the cats that arrive at their doors. Cats are twice as likely as dogs to end up abandoned at a shelter or rescue.

The report reveals that cats entering the sheltering system have less than a 1% chance of being reunited with their families compared with dogs which have a 30% chance — most likely due to the trend in Canada to leave cats without a collar or permanent identification.

The research projects more than 600,000 homeless cats in shelters did not find new homes in 2011 — either left waiting for a new home or facing euthanasia.

The Winnipeg Humane Society is one of the shelters that has seen a spike in its cat population. In November, the shelter saw 512 cats arrive in its care, down slightly from 606 in October.  To find the animals homes, the WHS has often waived adoption fees for cats on several occasions.

A copy of the report can be found at CFHS.ca.