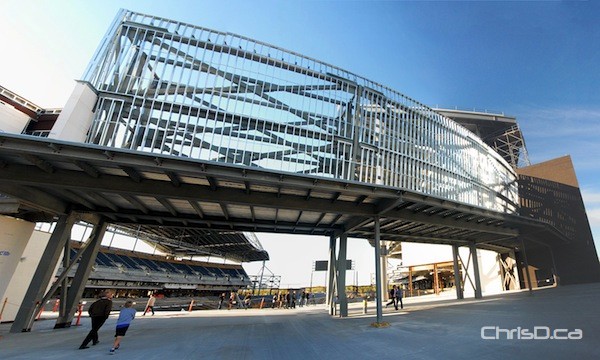 The Winnipeg Blue Bombers have secured a non-government loan through CIBC to provide $10 million in fan experience improvements to Investors Group Field.

The commercial loan agreement, secured by Blue Bombers–Bisons (BBB) Stadium Inc., will be repaid to CIBC through club revenues from 2013 to 2016.

“When fans first walk into the stadium in the early spring, they will be impressed by the high calibre of the facility,” said BBB Inc. board chair and Winnipeg Football Club board member Phil Sheegl. “The enhancements we’re making will take the stadium to the next level as a venue for events like future Grey Cup games and other entertainment.”

The Blue Bombers will begin moving into the facility on the University of Manitoba campus in January. The $190 million stadium will hold its first public events in May 2013. Season ticket holders will be treated to an open house prior to that in the new year.