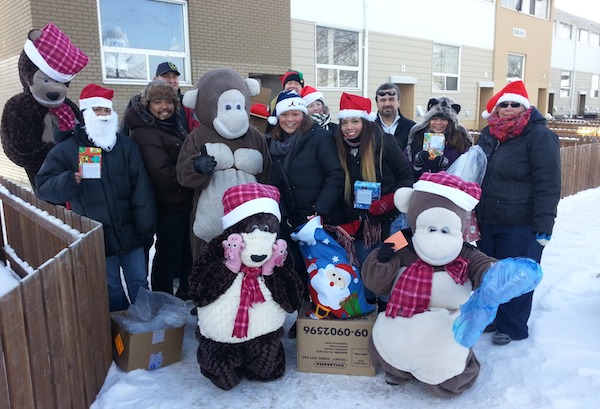 Volunteers gather in the North End on Sunday, December 23, 2012 to distribute 1,097 presents as part of performing random acts of kindness for those in need. (RON CANTIVEROS / FILIPINO JOURNAL)

A group of volunteers distributed more than 1,000 presents to people living in the North End on Sunday.

The initiative was started by Karen Lizon in memory of her father, Gary, who used to do his own part to give back to those in the North End by hosting community BBQs.

The presents were handed out to anyone in need of having their Christmas spirits lifted during the holidays and included clothing, toys, gift certificates and other items.

Lizon says all she wants in return is for recipients of the gifts to pay it forward to someone else one day.