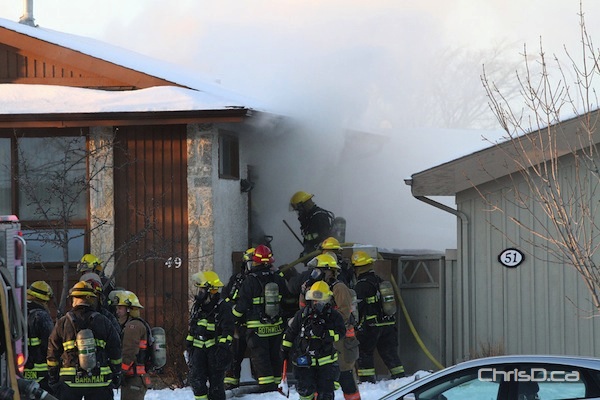 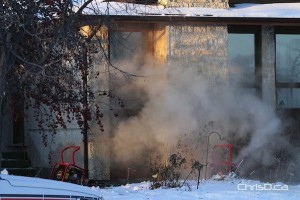 Smoke billows out from a home on Mapleridge Avenue on Tuesday. (HOWARD WONG / FOR CHRISD.CA)

A fire ripped through a Fort Richmond home Tuesday afternoon, causing significant damage to the bungalow.

The blaze at 49 Mapleridge Avenue broke out just after 3 p.m. and is believed to have started in the basement. Flames then spread to the upper level of the home, which caused firefighters to retreat momentarily as flames grew more intense.

Neighbouring homes were evacuated as a precaution.

Damage is estimated at $400,000. Police say the fire doesn’t appear to be suspicious.

UPDATE: The cause has been attributed to a bedroom candle.

← Previous: A Christmas Greeting from Premier Greg Selinger Next: No Injuries in Christmas Eve Fire on Lipton Street →
Tags: Fire