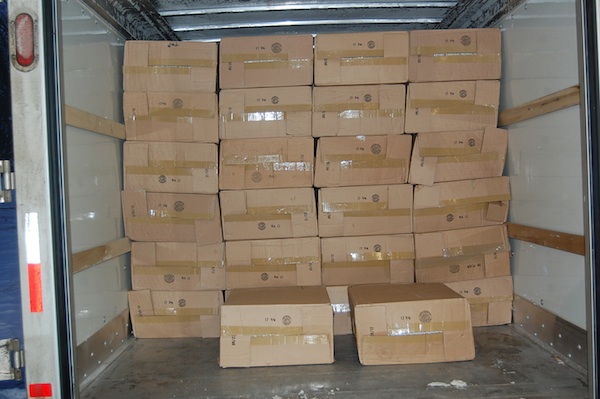 RCMP seized 980,000 contraband cigarettes after stopping a vehicle and trailer near Powerview on December 20, 2012. (RCMP HANDOUT)

Two men have been charged following the seizure of nearly one million contraband cigarettes.

Manitoba RCMP stopped a 2004 Dodge Ram pickup truck towing a rental trailer on December 20. Officers then discovered 4,900 cartons with an estimated value of $150,000.

The men are also facing charges under the Manitoba Tobacco Tax Act and Miscellaneous Taxes Act, where fines of up to $10,000 and tax penalties of $750,000 could be levied.

Both men were released from custody and will appear in Winnipeg court on March 18, 2013.