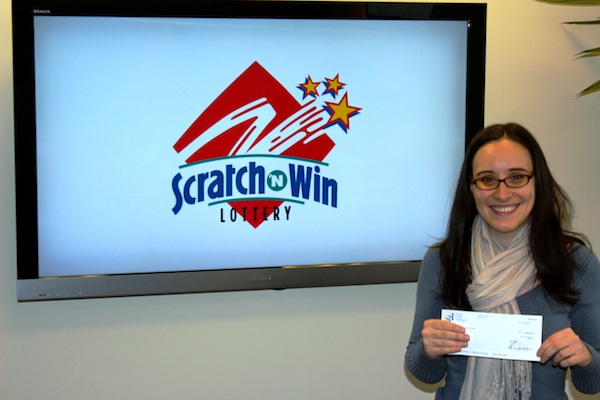 Sylvia Santos of Winnipeg holds up her cheque for $1 million after winning big on a scratch ticket earlier this month. (WCLC / HANDOUT)

A Winnipeg woman is the city’s newest millionaire after winning big on a scratch lottery ticket.

Sylvia Santos picked up a pouch of Player’s Choice Mega Pack tickets from the Safeway store on Jefferson Avenue at McPhillips Street on December 8, where to her surprise, she uncovered three identical Western Millions prize amounts.

“I almost didn’t get it,” Santos said in a release. “I wasn’t planning on buying the pouch. In fact, I thought I was two dollars short, but I found it at the last minute.”

Unsure if she had actually won, Santos talked to her family to see what they thought.

Sylvia’s win was the second million dollar winning ticket sold at a Safeway kiosk in Winnipeg this December.