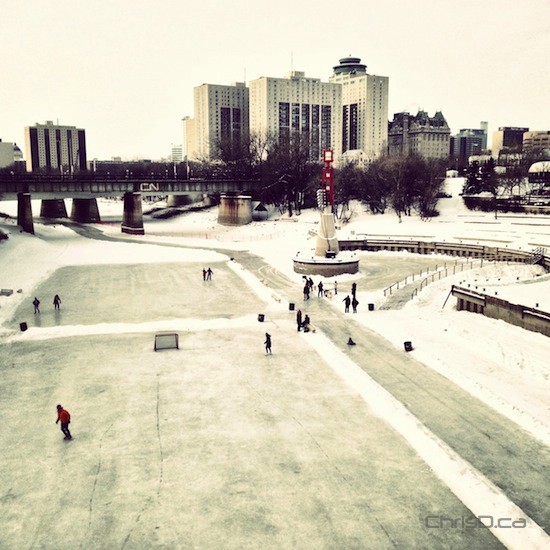 Skaters enjoy the Assiniboine River Trail at The Forks on Friday, December 28, 2012. (CHRISD.CA)

The second leg of the Assiniboine River Trail has opened to skaters at The Forks.

Just over a week ago, officials opened up the two hockey rinks in the Historic Port due to colder temperatures this year.

The recently opened leg will take visitors down the Assiniboine to Osborne Street with access points at both Osborne and the Legislative Building.

“We haven’t been able to go down the Assiniboine for the last two years, so we’re really excited to have it ready in time for New Year’s celebrations this winter,” said Paul Jordan, chief operating officer of The Forks. “We’ve known for some time that we’d get an early start on The River Trail this season, but the conditions are even better than we’d anticipated.”

The Forks will be a hub of activitity on Monday as it hosts the annual Scotiabank Family New Year’s Eve celebrations.