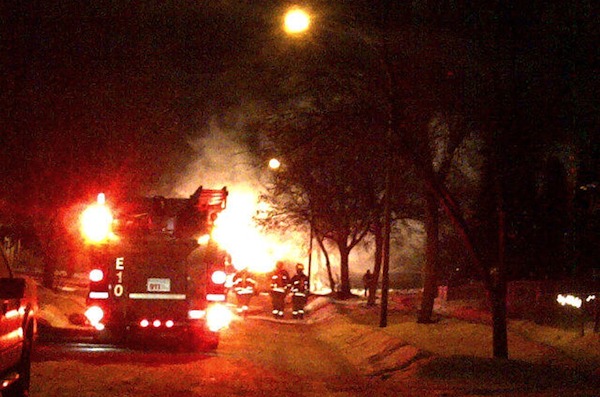 Firefighters battle a blaze in the 100 block of Manor House Court on Tuesday, January 1, 2013. (SHASTAXOX / TWITTER)

Everyone was evacuated safely after a fire broke out in the Maples early Tuesday morning.

Firefighters were called to a house in the 100 block of Manor House Court at about 4:30 a.m.

The cause remains under investigation.

← Previous: Winnipeg Families Ring in 2013 at The Forks Next: Manitoba Records First Homicide of 2013 →
Tags: Fire