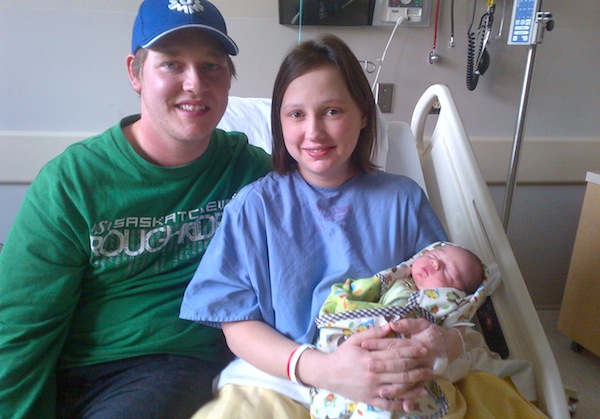 Winnipeg’s first baby of 2013 is a healthy boy named Hudson.

Hudson was born at St. Boniface Hospital just one minute before a second newborn.

The Winnipeg couple was joined by family (and media) on New Year’s Day to celebrate their new arrival. This is the second child for the Girardins who also have a 16-month-old son named Dallas.