Home » Entertainment » Winnipeg Families Ring in 2013 at The Forks

Winnipeg Families Ring in 2013 at The Forks 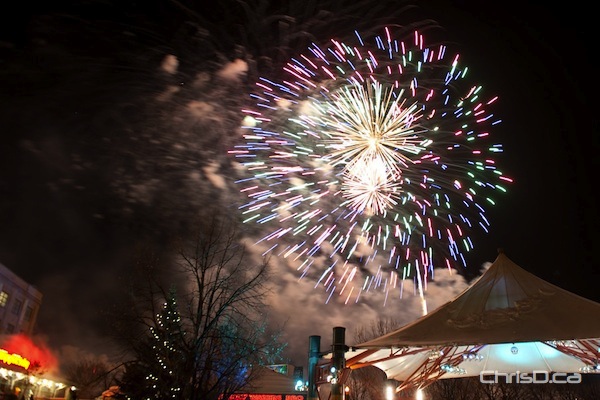 Fireworks are set off above The Forks in Winnipeg to welcome in 2013 on New Year’s Eve. (TED GRANT / CHRISD.CA) 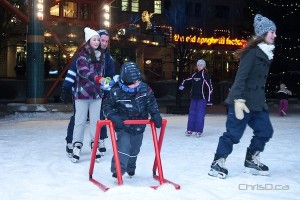 The Fletcher family goes for a skate under the canopy at The Forks on New Year’s Eve. (TED GRANT / CHRISD.CA)

The Forks was one of several hot beds of activity where Winnipeggers congregated to ring in 2013 on Monday night. Despite the chilly temperatures, people of all ages bundled up to help wind down the year and welcome a fresh start.

Revellers began arriving early for the children’s entertainment indoors before heading outside for entertainment in the Historic Port, where DJs Hunnicut and Co-op performed.

Archangel Fireworks capped off the evening with one of their award-winning fireworks displays, which could be seen across downtown from a handful of vantage points. A large group of spectators from a local photography club gathered across the Red River in St. Boniface to take in the display as they do every year.