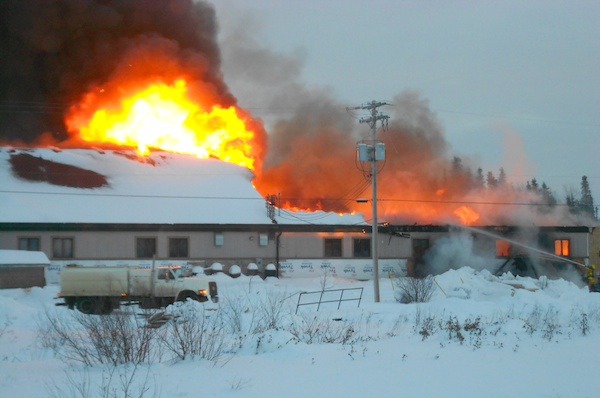 Flames shoot out from a building in Norway House on Thursday, January 3, 2013. (RCMP HANDOUT)

No one was injured after a fire Thursday morning in Norway House, which significantly damaged an office building.

RCMP say the fire began at about 8:30 a.m. at the Kinosao Sipi Minisowin Agency Building, which housed a child and family services agency.

Police believe the cause of the fire to be the work of an arsonist.

Damage estimates are pegged at more than $1 million. No one was inside at the time.