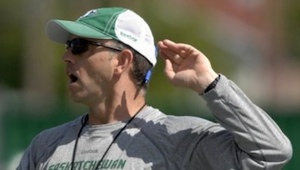 Dickenson joins Blue and Gold after most recently coaching the special teams with the Saskatchewan Roughriders for the past two seasons.

“I’m really looking forward to the opportunity of working with Coach (Tim) Burke again in Winnipeg,” Dickenson said in a statement. “Coach Burke and I have a great relationship from working together in the past and I believe he is putting together a great staff and has a great vision for where this team is going. It will be great to start fresh in a new stadium in front of some of the league’s loudest fans.”