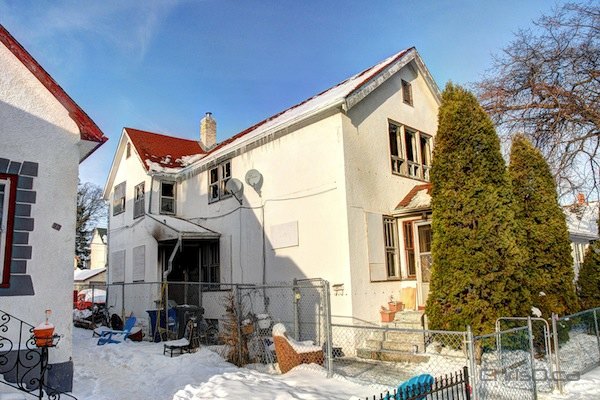 A home on Grove Street suffered significant damage after a fire tore through it Friday morning, January 4, 2013. Three people were treated for minor injuries. However, four family pets didn’t make it out, including a dog and three cats. The cause is being attributed to a faulty extension cord and damage is estimated ar $225,000. (STAN MILOSEVIC / CHRISD.CA)