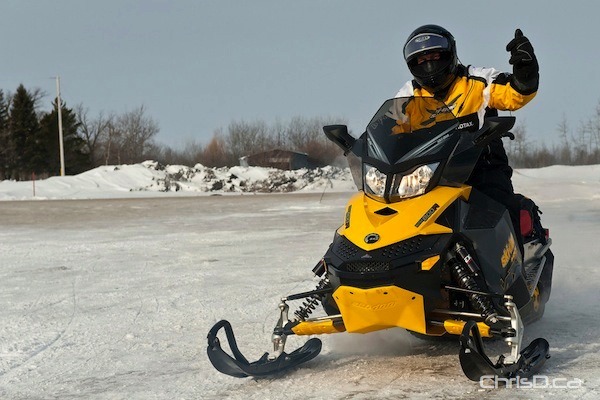 A snowmobiler gets ready to hit the trail in the 4th annual Sled for Eternity in Beausejour in this 2011 file photo. (TED GRANT / CHRISD.CA)

Additional snowmobile trails in the Whiteshell have been opened for the season.

The Manitoba government said Friday the main trail from Falcon Lake to Seven Sisters via Rennie is open. While trails may be ready for snowmobilers, not all of them have been groomed yet.

The province says poor snow conditions have exposed rocks, sticks and bare patches in areas. They warn riders to reduce speed and use caution when riding along the trail. Trail grooming will commence as snow conditions improve.

For updated conditions in other areas of Manitoba, such as Birds Hill, Grand Beach, Paint Lake, Spruce Woods and Turtle Mountain, visit the province’s website.