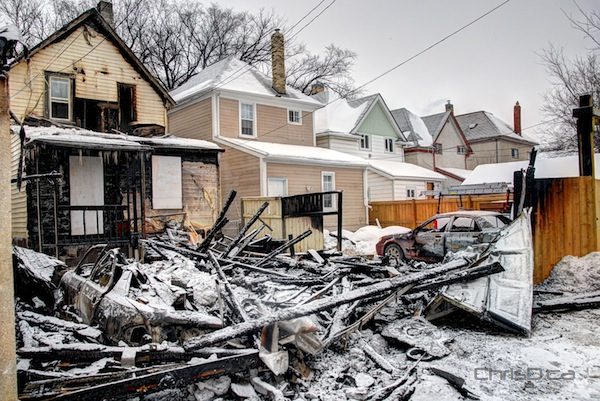 Multiple fires in the 700 block of Victor Street on Saturday, January 5, 2013 led Winnipeg police to the discovery of a marijuana grow-op. (STAN MILOSEVIC / CHRISD.CA)

A fire on Saturday eventually led Winnipeg police to the discovery of a marijuana grow-op.

Emergency crews were called to the 700 block of Victor Street at about 5:15 a.m. for a fire involving four residences.

Once the fire was out, a marijuana grow operation was found in one of the homes. The grow-op was not the cause of the fire.

Police found 82 marijuana plants with an estimated street value of $91,840, along with grow equipment valued at $3,000.

A 39-year-old man was arrested and later released on a promise to appear.