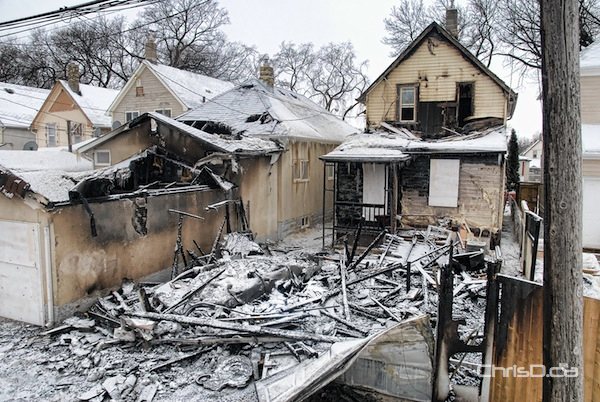 Three homes were badly damaged by fire in the 700 block of Victor Street on Saturday, January 5, 2013. (STAN MILOSEVIC / CHRISD.CA)

Several homes were damaged by fire early Saturday in the 700 block of Victor Street.

Winnipeg police say a fire started in the garage of one of the homes, quickly spreading to neighbouring structures on both sides.

A short time later, a fire broke out in an apartment building in the same block of Victor Street. Several people were taken to hospital in stable condition.

Both fires are being treated as suspicious and police continue to investigate.