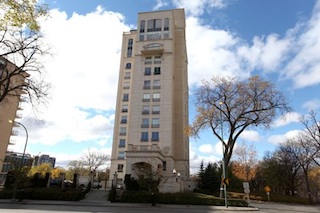 Winnipeg’s real estate market is still red hot, according to data released by the WinnipegREALTORS.

The average detached bungalow prices in Winnipeg climbed 9.9 percent year-over-year to $304,157, while standard condominium prices grew 8.3 per cent to $192,062, according to Royal LePage. Standard two-storey homes increased 4.7 percent to $320,226.

The most expensive home sold last year was $2.2 million on Wellington Crescent. However, an 8,000-square-foot riverfront condominium currently tops that with an asking price of $3.9 million (shown above). The luxurious two-storey pad is still for sale and will likely be the most expensive residential real estate sale in 2013 when it sells.