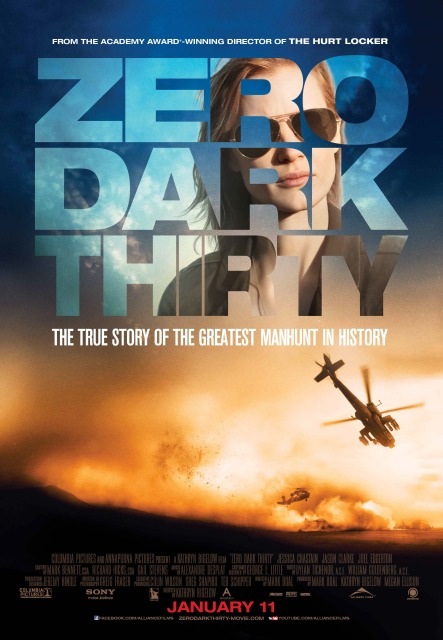 ChrisD.ca, Future Shop and Alliance Films want to send you to an advance screening of “Zero Dark Thirty.”

The film opened up in select theatres in December, but will screen wide on Friday, January 11. Zero Dark Thirty chronicles the decade-long hunt for al-Qaeda terrorist leader Osama bin Laden after the September 2001 attacks, and his death at the hands of the Navy S.E.A.L. Team 6 in May, 2011.

We’re giving away five pairs of passes (10 total) to the advance screening on Thursday, January 10 at SilverCity St. Vital at 7 p.m.

Follow and send a tweet to @ChrisDca on Twitter using the hashtag #ZeroDarkThirtyWPG. We’ll choose five winners at random by the end of the day on Wednesday, January 9. Good luck!

Example tweet: “Please enter me to win a double pass to the advance screening of #ZeroDarkThirtyWPG”

Movie passes will be delivered digitally via e-mail. No purchase necessary. One entry per person, please. Multiple entries will not be counted. Winner must confirm receipt of their name being drawn within 24 hours, otherwise another entry will be chosen. Contest closes Wednesday, January 9, 2013 at 5 p.m. CT. Manitoba residents only.