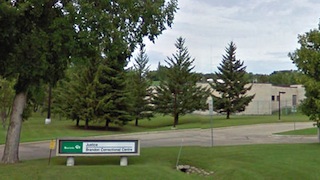 A 21-year-old man currently serving time at the Brandon Correctional Centre is facing charges after an alleged assault.

Brandon police say three men — all inmates — were involved in an altercation on January 5, where one of the men was sent to hospital with upper body injuries.

On Tuesday, a suspect was interviewed and charged with aggravated assault. The inmate appeared in court Wednesday morning.

In October, an inmate died at the same facility after being stabbed, at which time police would only call the death “suspicious.”