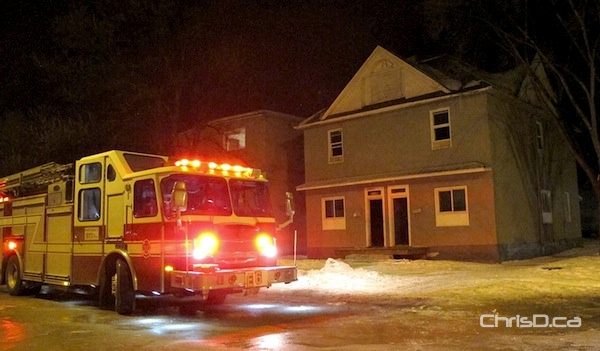 A woman was rescued from the second floor of a burning home on Redwood Avenue Wednesday night.

Winnipeg police closed Redwood between Powers Street and McGregor Street in both directions while firefighters fought the blaze. Transit was also rerouted.

Damage is estimated at $135,000 and the cause is considered suspicious.