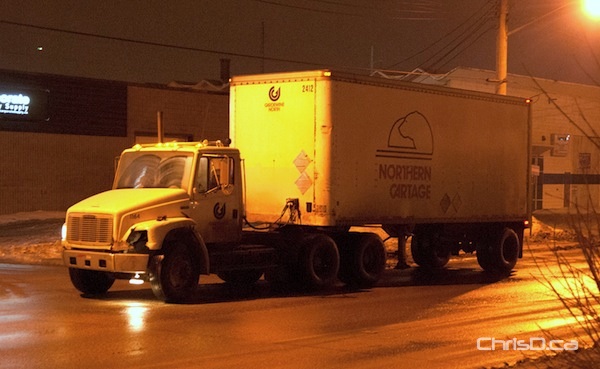 A serious crash involving two pedestrians and a semi-trailer truck closed a stretch of Century Street on Thursday night.

Winnipeg police say the crash happened at Century and Wellington Avenue at about 7:30 p.m.

A 22-year-old woman was taken to hospital in critical condition, while a 24-year-old woman suffered minor injuries. She has since been treated and released.

Police say the two pedestrians were walking northbound on Century Street between Wellington Avenue and Dublin Avenue when they were struck by the northbound truck.

Northbound Century was closed to all traffic between Wellington and Saskatchewan Avenue for several hours.