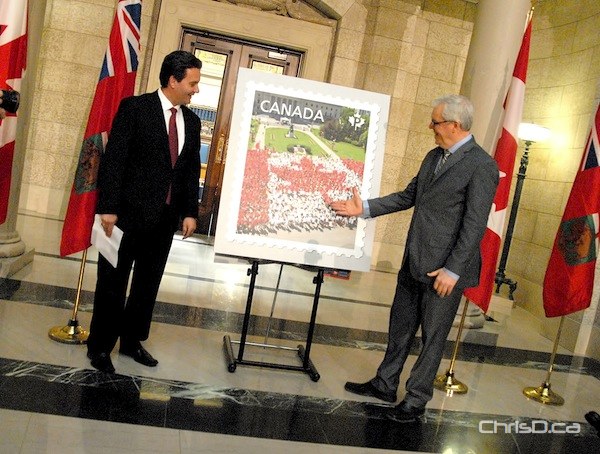 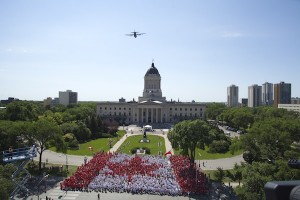 Canada Post unveiled a special postage stamp on Monday based on the Living Flag that was formed last year at the Manitoba legislature on Canada Day.

“This stamp series puts Canadian patriotism on display,” Fletcher said. “I am thrilled that my hometown of Winnipeg was chosen to be a part of this wonderful collection.” 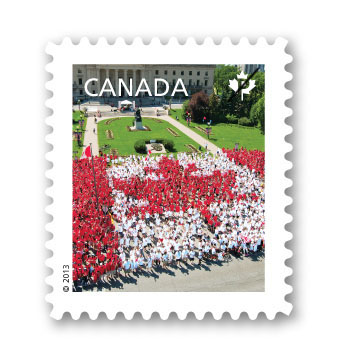 In July, more than 3,000 people gathered in red and white T-shirts to form the Canadian maple leaf and pose for an aerial photograph. It was the second time the BIZ had held the event.

The piece is being released as part of Canada Post’s Canadian Pride series of definitive stamps, which includes the back of three Muskoka chairs facing a lake in early fall, a hay bale on the prairies also in the fall, the sail of a boat near Halifax in the summer, and blankets a winter fishing hut on a frozen lake in Scugog, Ontario.