Dauphin Correctional Centre to Be Replaced 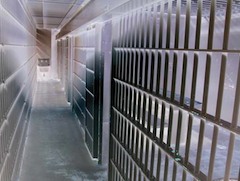 The Manitoba government is building a new correctional centre in Dauphin to replace the existing 100-year-old facility.

Planning is underway for the new jail, with its exact size yet to be determined. The City of Dauphin and RM of Dauphin is donating the land where the facility will eventually sit.

“The new building will provide enhanced space for programming and, as was the case with the new Women’s Correctional Centre, this new facility will offer a better and safer environment for corrections officers to do their work,” said Justice Minister Andrew Swan.

The Adult Corrections Capacity Review Committee identified the rate of mental illness among inmates as a concern in the jail’s planning. In the months ahead, Manitoba Justice will be working with stakeholders on enhanced mental-health programming, Swan said.