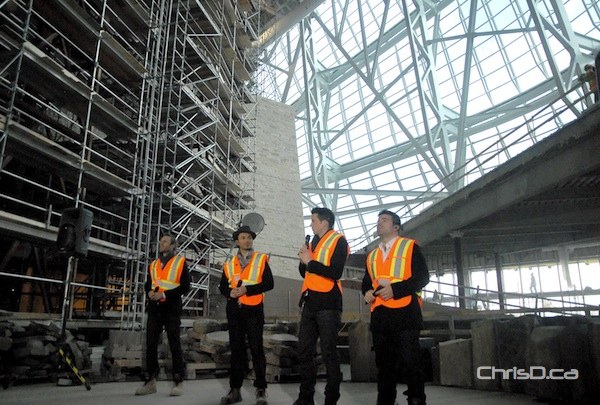 The Tenors perform inside the Canadian Museum for Human Rights in Winnipeg on Thursday, October 25, 2012. (STAN MILOSEVIC / CHRISD.CA FILE)

Additional tickets for The Canadian Tenors will go on sale this morning at 10 a.m.

The vocalists will play the RBC Theatre at MTS Centre in Winnipeg on Wednesday, February 20 as part of their “Lead With Your Heart Tour.” Due to popular demand, the promoter has released more seats to some of the group’s many dates.

Prices range from $64.50 to $133 and tickets will be available through Ticketmaster.

The Tenors released their second studio album, Lead With Your Heart, in the fall of 2012.