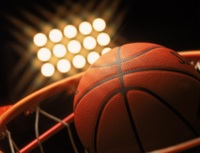 The best high school basketball teams in the city will compete on the court beginning today for a four-day tournament.

Games will begin at 3 p.m. this afternoon between the Hornets and Hawks. At 4:45 p.m., the DMCI Maroons will face the Sturgeon Heights Huskies, followed by the Kelvin Clippers and the Maples Marauders at 6:30 p.m. The Sisler Spartans and the Garden City Fighting Gophers will end the first day of play with their 8:15 p.m. tip-off.

The championship game will take place Saturday, January 19 at 6 p.m.