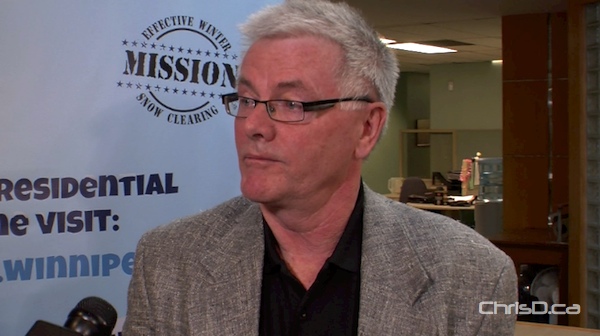 The City of Winnipeg is asking for the public’s cooperation in moving their vehicles so snow-clearing crews can properly do their jobs.

After last weekend’s snowfall, combined with high winds, many residential streets have yet to see a plow.

Ken Boyd, the city’s manager of streets maintenance, says residential plowing is halfway complete. He says crews will continue to have streets cleared by 7 p.m. Thursday.

“In some zones, vehicles parked in the way are slowing down plowing crews, so we are asking Winnipeggers to move their vehicles when their street is scheduled, so our plows can clear the streets unimpeded,” Boyd said.

Beginning at 7 p.m. tonight, residents in zone D will be plowed, followed by zone C beginning Thursday at 7 a.m.

If vehicles aren’t moved, they could be ticketed and/or towed. The city has handed out approximately $150,000 in tickets in recent days.