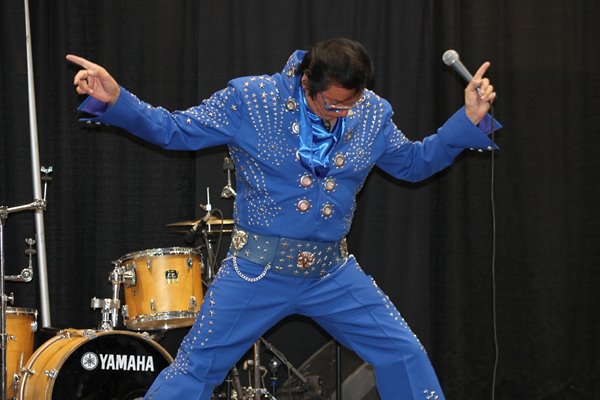 A Winnipeg comedian and radio personality is headed to Washington, DC to perform at a U.S. Presidential Inauguration ball.

“The booking came as a complete surprise to me,” Barrett said. “My agent phoned and asked if I was sitting down as he had the booking of a lifetime.”

The performance is set for the Native Nations Inaugural Ball at the Smithsonian Institute on January 21. Being one of several official balls in the city, Barrett hopes it’s one of the few President Barack Obama attends with his wife, Michelle.

“The committee that inquired about my availability watched my promo video and they chose specific jokes and bits, political in nature, for me to tell. As for what song I should perform as Elvis, some of my Elvis friends suggested, “American Trilogy,” “America the Beautiful,” although given how the economy is they suggested I stay away from “In The Ghetto.”

Barrett is a proud Ojibwe from the Saugeen First Nation in Ontario.