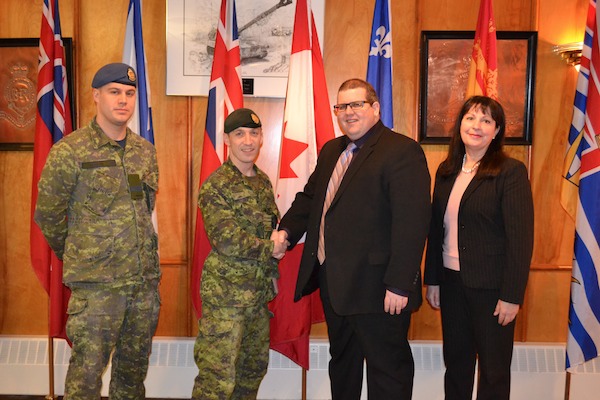 Brandon’s Assiniboine Community College (ACC) has signed a memorandum of understanding with the Department of National Defence.

“This agreement will improve education access for our soldiers and their dependants. In particular, it improves soldiers’ professional development and can help prepare them for higher ranks and more complex responsibilities,” said Lieutenant-Colonel Richard Goodyear, CFB Shilo Base commander. “The ability for the college to conduct courses in Shilo is particularly important.”

One of the college’s most in-demand programs for soldiers is the adult high school program. Another is Project Warscribe, which prepares military to deal with the media when deployed, while making future journalists, producers and camera operators familiar with the situations they may encounter when reporting on military activities.