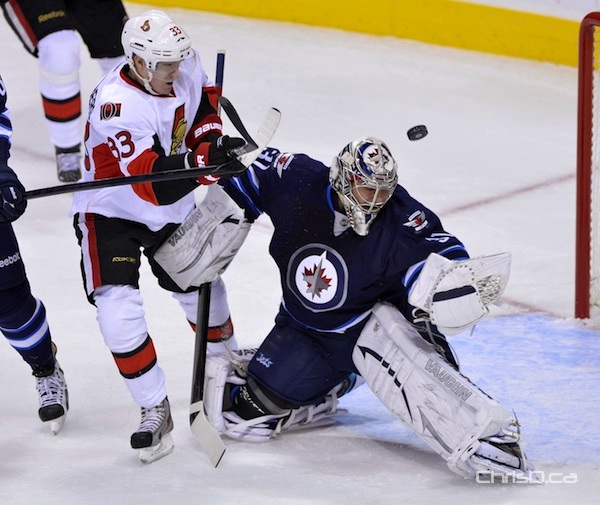 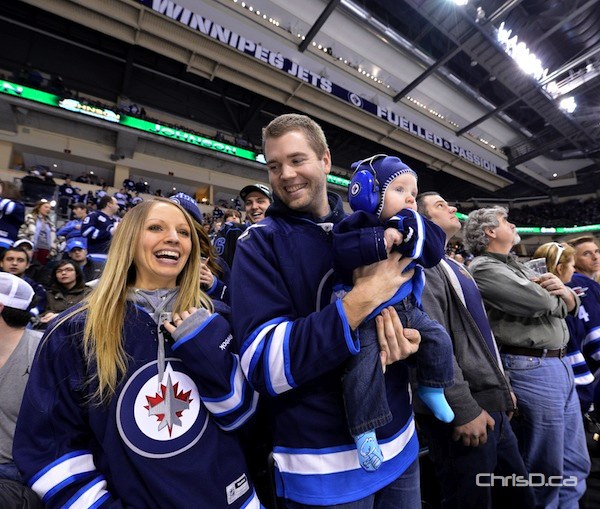 WINNIPEG — It had been 287 days — exactly 41 weeks since the Winnipeg Jets took to the ice in an actual hockey game, and the time off showed as they dropped an ugly 4-1 decision to the Ottawa Senators in front of the perpetually sold-out MTS Centre to officially begin the shortened 2013 NHL season.

Manitoba’s hockey-thirsty fans may have finally been quenched on Saturday afternoon with some actual big-league action, but they most certainly were not treated to a very technically sound game. Ottawa head coach and former Winnipeg Jet 1.0 Paul MacLean described the affair as “a dog’s breakfast.”

“We chased the game a little bit and got over-anxious, which created a lot more problems,” said Noel. “You couldn’t reel guys in. They just want to do well and couldn’t get it done.

“I thought that it looked like some guys were off for eight or nine months.”

“It was a pretty sloppy game,” said Jets forward and 2011-12 leading scorer Blake Wheeler, who spent much of the NHL lockout playing pro in Germany. “Not a lot of flow out there. Just a pretty bad game all around. 4-1 — I don’t know if that’s indicative of how the game went, but I don’t think we played with a whole lot of urgency.”

Winnipeg took the momentum early as defenseman Dustin Byfuglien blasted a one-timer from the point on the power play exactly six minutes in to take the early lead. But from then on, it was all Ottawa.

Milan Michalek tied the game 1-1 late in the first in a period that saw the Senators take command in the closing minutes, outshooting Winnipeg 15-11.

Chris Neil gave Ottawa the lead late in the second by scooping home a loose puck in the crease.

With Jets captain Andrew Ladd off for slashing in the third, defenseman Erik Karlsson’s point-blast made it 3-1 before Kyle Turris’ goal on the break with 2:10 remaining sealed it.

The Jets flew out to New England immediately after the game to begin a two-game swing through Boston and Washington on Monday and Tuesday. They return home for a Friday night matchup against Sidney Crosby and the Pittsburgh Penguins on January 25.