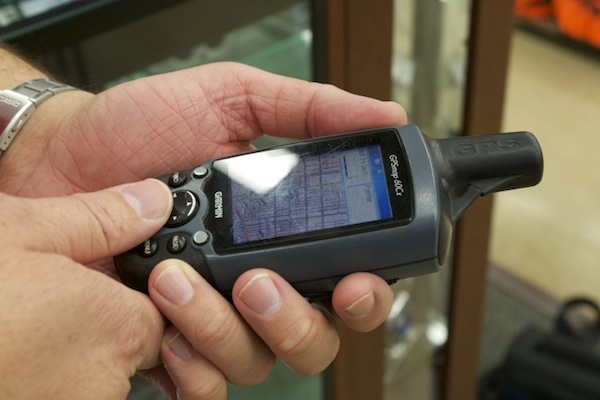 The popularity of geocaching has spread to Manitoba over the past few years, where a community of adventure-seekers use maps to find hidden treasures left for them by fellow geocachers. (EDEN RAMSAY PHOTO) 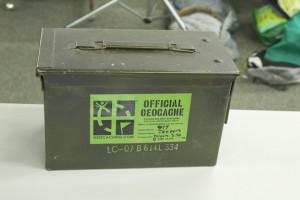 The big project this term in Red River College Creative Communications program is the magazine project. Each of us is required to work in a small group and make a marketable magazine together. My group’s magazine is called Spruce and will showcase alternative outdoor sports and activities in Manitoba as well as healthy living. Spruce Magazine’s focus is on trying new things, staying healthy, and having fun. Our province has a seemingly boundless wilderness and plenty of sports/adventure enthusiasts so this seemed like a perfect option for our magazine topic.

Each member of my group is writing a feature article on a different alternative sport done in Manitoba. I chose to write about geocaching. Geocaching is a treasure hunt using handheld GPS (Global Positioning System) device. Smartphones can also be used when a GPS or geocaching app is downloaded. The name geocache comes from the word, “geo” which means geography and “cache” which means a hiding place, especially one used for hiding or concealing certain objects.

Containers are hidden all over the world by geocachers, from Antarctica to the far North Arctic. These are called caches. They all contain a log book or sheet of a variable size so that geocachers (or the people that find these caches) can sign in the log to record the date that they found it and their geocaching username. To fully participate in the activity, people must make an account on Geocaching.com. On this site you can keep track of all the caches you find or cannot find, leave comments for other geocachers on your experience of each cache, and plan out where to find new caches. Once a geocacher signs the log in the cache they put it back and hide the cache where they found it for the next geocacher to find. 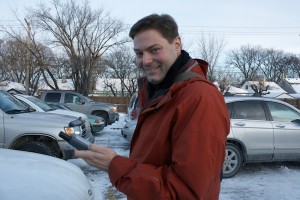 Caches can also contain small objects of little value for trade like trinkets or toys. Children especially love the trading toy aspect of geocaching, making it a great activity for young families. If you take something out of a cache is it considered geocaching etiquette to leave something behind of equal or greater value. Geocoins or Geocaching Travel Bugs can also sometimes be found. These come with a tracking code so that their change in location can be monitored online by their owner. Geocachers can pick one up and take it to a different cache and register it online so that geocachers know the distance is had travelled and its goal. These trackables are often programmed with goals by their owner so that other geocachers know where to take them. For example, a shell shaped geocoin might have the goal of travelling around to different beaches around the world. Unfortunately, these are the things that go missing the most from caches because of their collectable nature and uniqueness.

Manitoba alone has more than 5,000 caches, about half of which are located in or near Winnipeg. So there is a good chance that there is a cache hidden in walking distance to wear you live or near places you walk past everyday. This is one of the main reasons I find geocaching so fascinating. A cache could be anywhere and you would not have a clue unless you went looking for it. 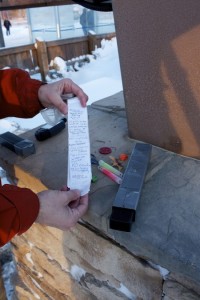 As luck would have it, the Manitoba Geocaching Association or MBGA had a geocaching basic training workshop at Cabela’s on Ellice Avenue. There were at about 60 people there, almost all of which had been geocaching before. I was one of a couple newbies in attendance. The speaker and event organizer, Sandy Welbergen took us through a thorough introduction to geocaching using a slideshow.

I interviewed Mike Neale, the president of the MBGA, as well as a few other seasoned geocachers. I found out many geocachers have been approached by police for suspicious behavior. This is understandable, considering that much of what geocachers must do to find a cache is to root around different places, sometimes at night, all the while trying to look inconspicuous.

Geocachers sometimes refer to nongeocachers as “muggles” since geocaching started around the time that Harry Potter was getting very popular in the year 2000. Geocachers try to use stealth when finding a geocache because they do not want nongeocachers to move or take the hidden cache. This would make it impossible or at least a lot harder for other geocachers to find. Before this time GPS was only used by the military. Public use of GPS was finally legalized in 2000. Geocaching started up almost immediately after the date it was legalized.

After my interviews I got to find my first cache hidden in the Cabela’s parking lot. The best part about geocaching for me is the thrill of the hunt. Jacques Bourgeois, an experienced geocacher and I set out to find it. We punched in the coordinates of the hidden cache into a GPS device and followed them till we were only a couple of feet away. I looked around my surroundings and finally saw something that looked a little out of place. Low and behold it was the hidden cache. We opened up the tube covered in duck tape and small toys, mini glow sticks and a log sheet were all contained inside. I signed the log sheet, put everything back in the cache, and returned it to its rightful hiding spot for the next geocacher to find.

Geocaching is a great activity on so many levels. People of any age can participate. It can be done all year, under all conditions. This of course depends on the nature of the cache’s hiding spot and the hardiness of the geocacher. It is not only a physical challenge to get to the cache, but it is a mental challenge as well to actually find the cache’s whereabouts. The difficulty of each cache is rated from one to five in terms of both the process of getting to the cache and the difficulty of finding it. This is great because beginners of the sport can start on an easy difficulty level and more seasoned geocachers can try their hand at a cache with a higher difficulty rating. It is also an activity people can do on their own or with other geocachers. Since going to basic training workshop at Cabela’s I’ve already found three caches on my own. Only time will tell how addicted to geocaching I become.

For more information on the Manitoba Geocaching Association visit their website.