Home » News » Lululemon Founder to Be Honoured by University of Manitoba

Lululemon Founder to Be Honoured by University of Manitoba 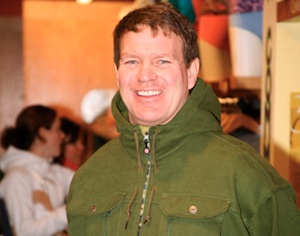 The founder of the yoga-inspired athletic company Lululemon has been named a recipient of the University of Manitoba’s IDEA award.

Chip Wilson will be formally honoured in Winnipeg on June 4 at the International Distinguished Entrepreneur Award (IDEA) gala at the Winnipeg Convention Centre. Wilson will receive a custom-made pure gold medal produced by the Royal Canadian Mint specifically for the award.

“Chip Wilson exemplifies the passion, drive, vision and entrepreneurial spirit that the IDEA Award represents,” said U of M president and vice-chancellor David Barnard in a release. “In addition to building a now iconic international clothing brand, he is sharing his success by investing in philanthropic education and health care projects at home and abroad.”

Dennis J. (Chip) Wilson founded Lululemon Athletica Inc. in 1998 and has been its Chairman of the Board since that time. Forbes Magazine has ranked Wilson as Canada’s ninth-wealthiest person, with a net worth of $2.9 billion.