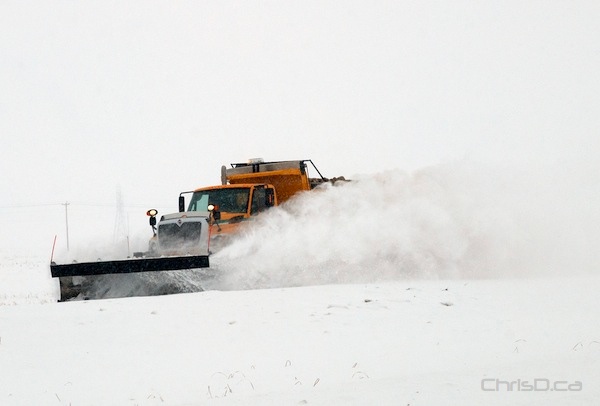 A snow plow clears the way on McPhillips Street in this file photo. (STAN MILOSEVIC / CHRISD.CA)

Crews have started to remove large piles of snow from Winnipeg bridges, underpasses and intersections on main routes.

To help improve visibility, the snow-hauling operation will be underway for the next few weeks. Temporary no parking signs will be placed in advance at some locations where snow will be removed. Those vehicles that park in the vicinity of where the signs are placed may be ticketed or towed.

The city said the hauling operation may result in delays for traffic travelling in the vicinity of work crews.