East Elmwood Community Centre to Be Rebuilt After Fire 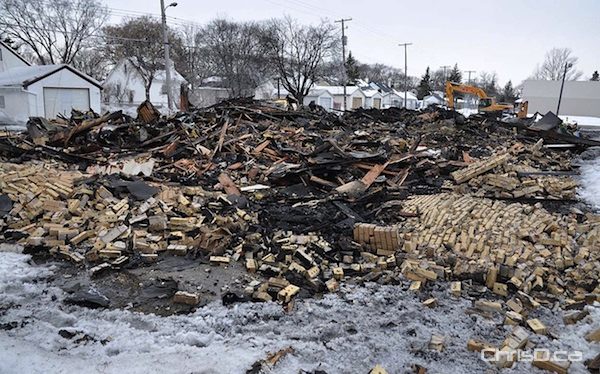 A pile of rubble sits where the East Elmwood Community Centre once stood. Fire completely gutted the building in March 2011. The city and province have agreed to fund the rebuilding of the facility at a cost of $5 million. (MAURICE BRUNEAU / CHRISD.CA FILE)

The East Elmwood Community Centre will be rebuilt by the city and province after a fire destroyed the facility in March 2011.

Winnipeg Mayor Sam Katz and Local Government Minister Ron Lemieux jointly made the announcement Tuesday, saying the redevelopment of the facility will also meet the growing needs of the community.

The $5 million project will see $3.2 million come from the joint city-province Recreation and Leisure Infrastructure Program, with an additional $900,000 coming from each party to make up the rest of the cost.

The 10,000-square-foot building will be larger than the original centre and be located in Keenleyside Park. Proposed amenities include a regulation size gymnasium, multi-purpose rooms, dressing rooms, outdoor rink and associated site development.

Detailed designs plans are expected later this year, with construction to begin in 2014.