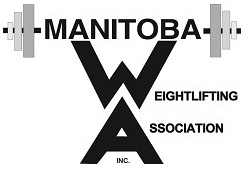 The Manitoba weightlifter placed second in his category during a competition held this past weekend in Mississauga, Ontario.

Eric Mazur competed at the Canadian Junior Weightlifting Championships, where he tied with another athlete for the silver medal. However, because the other athlete weighed less, Mazur took home the silver.

The 77 and under kilo category was the hardest fought at the Saturday competition, with Aaron Rose of Ontario and Mazur finishing first and second overall of all the male lifters at the competition when you use a formula that determines who is the best lifter — kilo for kilo.

The other Manitoban at the National Championship, Karl Paterson, made four of his six lifts, finishing with a total of 218 kilos in the 85 kg category, good for 7th place in his class.