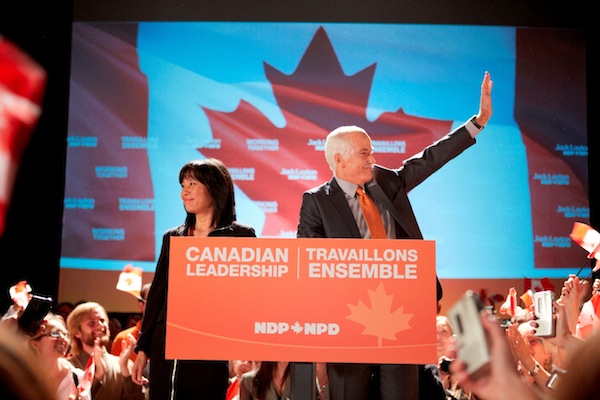 The biopic of late NDP leader Jack Layton will premiere on Sunday, March 10.

CBC set the debut date for the made-for-TV film earlier this week, which chronicles the life of Layton as he runs a historic election campaign while battling cancer.

“The film delves into the captivating love story between Layton and Chow and offers viewers a look inside the public and personal life of the famed politician,” the network said in a release.

Scenes of the film were shot across Canada, including in Winnipeg last August when Chow visited the set.