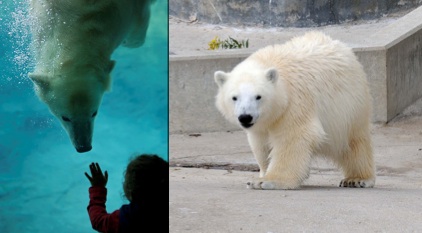 Hudson, a 15-month-old from the Toronto Zoo, will be calling the Assiniboine Park Zoo home from now on.

Zoo staff say the bear arrived at about 2 a.m. on an Air Canada flight and will be temporarily housed at the International Polar Bear Conservation Centre (IPBCC).

“Hudson is in good spirits after making the trip from Toronto,” Tim Sinclair-Smith, director of zoological operations, said in a statement . “All indications are that it will be a smooth transition as he adapts to his new surroundings.”

Hudson will be the first bear to move into the upcoming Journey to Churchill exhibit opening in 2014.

A date for public viewing hasn’t been set.