Home » News » BlackBerry Z10 to Launch on MTS in March

BlackBerry Z10 to Launch on MTS in March 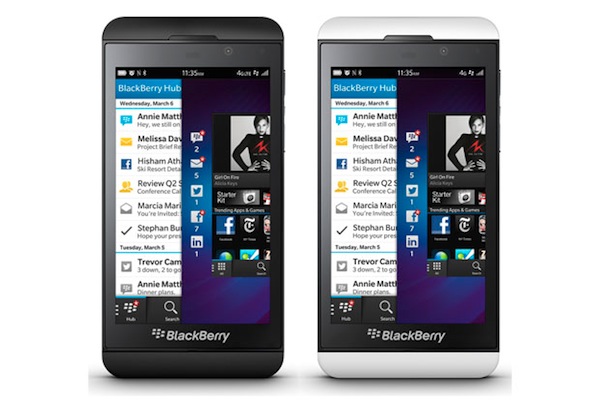 The company on Wednesday said it will carry the new phone, which was released earlier today by BlackBerry at simultaneous press events around the world. The re-invented device runs the new BlackBerry 10 platform and is hoping to pull the ailing company (formerly known as RIM) out of its slump.

“With the highly-anticipated BlackBerry 10 platform, the BlackBerry Z10 smartphone will join MTS’s lineup of LTE-enabled devices,” said MTS president Kelvin Shepherd in a statement. “MTS has developed a reputation for leading-edge technology, and we’re pleased that one of the most talked about innovations in the wireless world will soon be available to our customers.”

BlackBerry 10 gives users a faster and smarter experience that’s said to continuously adapt to their needs.

The Z10 will be available on other carriers by February 5, but delayed slightly in the U.S. with a March launch date.