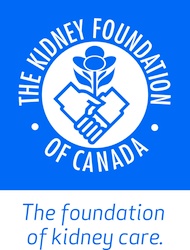 Hundreds of running shoes were donated to children of Garden Hill First Nation on Tuesday.

The new and gently used shoes were collected during December through campaigns in Winnipeg and Portage la Prairie.

“The aim of the shoe drive was to provide proper athletic footwear to the elementary children of Garden Hill First Nation, many of whom have had to participate in gym class in sock feet,” the Foundation said in a statement.

The hope is that increased physical activity will lead to healthy and active lifestyles to help prevent kidney disease.