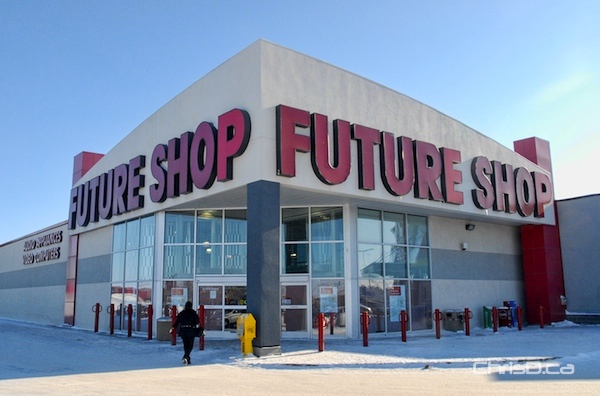 Future Shop has closed its Regent Avenue location in Winnipeg amid widespread nationwide closures of the company’s retail outlets. 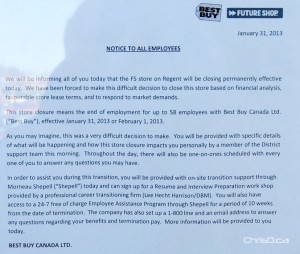 Future Shop posted this notice on its door for employees on Thursday. Click to enlarge. (STAN MILOSEVIC / CHRISD.CA)

About 900 employees will be laid off as a result of the closures across the country, which came suddenly Thursday morning. Fifty-eight employees have lost their jobs locally.

According to reports, the electronics retailer will reopen smaller kiosk-style stores in shopping centres and focus more heavily on Internet sales through its website as part of a transition strategy.

In a notice to employees posted outside of its shuttered Winnipeg store, Future Shop said, “We have been forced to make this difficult decision to close this store based on financial analysis, favourable store lease terms, and to respond to market demands.”